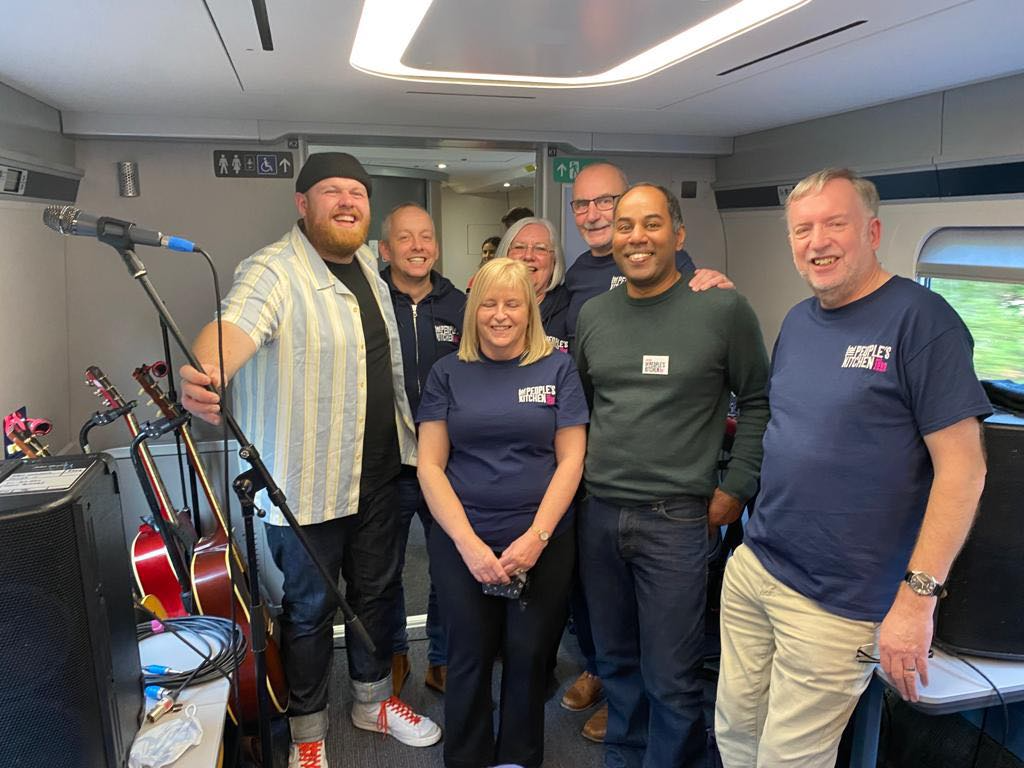 It’s not every day The People’s Kitchen gets a shoutout from a Brit Award-winning artist – but last week that very thing happened!

And that meant some of our amazing volunteers were treated to an intimate performance from the incredible Tom Walker as the inaugural train service travelled from London King’s Cross to Edinburgh on October 21.

Tom, whose debut album went to No.1 in the UK, smashed out some of his biggest hits on board and then paid tribute to The People’s Kitchen on his Instagram page!

“Had an awesome time performing a pop-up show at Kings Cross to launch the new environmentally friendly @lumotravel line to Edinburgh,” he wrote.

“Shout out to The People’s Kitchen! I’m really honoured to be able to play to volunteers from the charity and I hope it helps to raise awareness of the great work they do.”

On behalf of all our volunteers, thank you for your support Tom!

Issue 22 of Our Newsletter is Now Available

A digital version of issue 22 of our newsletter is now available.

Each day, we're working with one of our sponsors to provide a small gift for our Friends to take with them after they have had their meal.

It was our great pleasure to host our annual Christmas party at the Alison Centre earlier this month.